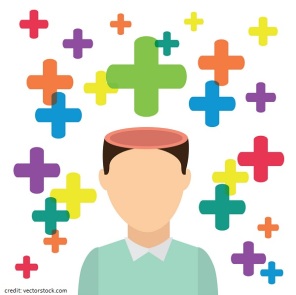 Some people say that positive thinking is nothing but a delusion. It is… to them. Yes, only to them. To them who think that positive thinking is just a fantasy, it is. What we think things are – they are. Our thinking shapes our truth. It is the brush we use to paint our reality. It doesn’t mean though that what we think about something is correct and is the absolute truth. The reality that our brush called thinking painted doesn’t apply to everyone.

To those who think positive thinking doesn’t work, it won’t. They’d better not try it because their efforts are deemed to fail. It’s unlikely though they would try, given the kind of mindset that they have.

Those who consider positive thinking as a crap also think of people who embrace it as not attuned to reality. Reality? Whose version of reality have the  positive thinkers failed to tune in to? Have the idealists, realists, pragmatists, and existentialists (insert more “ists” here) already settled their disputes as regards the nature of reality? What I know is that the debates on whether reality is absolute or relative have not ended conclusively yet.

It’s so tempting to ask the question, “Is reality real?” Well, I just did but I will no longer explore that topic. Let me just share how Ran Zilca describes reality. He said, “Reality is not outside of you. It only exist in your mind, and you view it through your own unique lens, filtered by your senses, your memories, your mood, and by your thoughts. A different person would look through his or her own perspective, and may describe a vastly different reality, as if the two of you are at not all in the same place and time.”

But is it really necessary to run the gamut from classical to contemporary philosophies to discuss and argue the essence of positive thinking? That is tantamount to analysis paralysis. Positive thinking is not an issue to be resolved but a decision to be made. Accept it if you think it works. If not – reject it.

There is no need to argue  the rightness and wrongness of positive thinking because it is not a moral issue? Positive thinking does not involve a difference of belief  but it is a matter of preference. There’s no moral dispute.

If for example I chose to be optimistic, hopeful , and cheerful, I am not disagreeing with the pessimists.  I am merely exercising my right to decide which mindset I would bear. My decision to embrace positive thinking would not affect the pessimists. It would not harm them. Would it harm me? How in the world could a mental attitude that expect good results and a successful future harm the person having it?

Critics better not say that positive thinking has no academic credibility, that no empirical evidence could be provided to prove that it works. They are probably ignoring the latest findings in the field of brain science  and are not seeing how practices related to positive thinking, like meditation and mindfulness, have been gaining wide acceptance. There are lots of studies conducted to establish a scientific foundation for this idea.

In an article I wrote on positive thinking, I cited the works of Marc Guidi and Hans Villanueva as examples of studies that have been helping positive thinking develop academic credibility.

Evidence proving that positive thinking works are difficult to ignore, unless the critics are intentionally turning a blind eye. A website called “The Pursuit of Happiness”  published an article entitled “Review of Key Studies on Mindfulness and Positive Thinking.” The said article is a list of links to several  studies conducted in the areas mentioned in the title (of the said article).

Simply type “studies on positive thinking” in any search engine and you’ll find a lot articles and studies conducted about it.

Positive thinking is more than the “Law of Attraction” – the basic idea of the controversial 2006 documentary film “The Secret.” The principle “like attracts like” is not the be all and end all of positive thinking.  The former is only one of the many ideas associated to the latter.

One strategy that advocates of positive thinking suggest is “fake it till you make it.” The critics call it absurd. But it is only one of the many strategies available for those who want to try positive thinking. If it doesn’t work – abandon it and try other available methods.

Who knows it might work to some. Remember that Alfred Adler, the Austrian medical doctor and psychotherapist who founded the school of Individual Psychology, developed a therapeutic technique that he called “acting as if,” a strategy that gave his clients an opportunity to practice alternatives to dysfunctional behaviors.

The more we really try to dissect the essence of positive thinking using all the isms of intelligent people as lens  the fuzzier it becomes. It is but a simple concept.

In Psychology they simply call it dispositional optimism.

Let’s simplify it further in a way that even the modest of minds could understand. Let’s call it hope.

It is as simple as  this – Positive thinking is expecting that good things, rather than bad things, will happen… that success is attainable. Positive thinking is always trying until you get (and you become) what you want. It is a refusal to have limiting beliefs. It is deciding to choose only the positives in the different frames of perspectives.

Don’t get me wrong though. Yes, I have asserted (a few paragraphs back) that positive thinking is a simple concept. But making it work is difficult.

Positive thinking has been misconstrued as just that – thinking. It is not. It is not as simple as you close your eyes, take a deep breath, think about the things you want – money, good health, good relationship, peace of mind and what have you – think you have them, as hard as you could then when you open your eyes you’ll have them in front of you served hot in a silver platter. NO! It doesn’t work that way. That is not positive thinking but rather wishful thinking.

Positive thinking is just a springboard. Nothing happens if a person just thinks and doesn’t act. Isn’t that common sense?

Thinking precedes action. People are (supposed to be) rational beings and whatever decisions they make, whatever course of action they take, they should think about it first. And which would be a better launching pad for the decisions we make and corresponding action we take – a positive frame of mind or a negative one?

Believing that good  things are bound to happen and that success is attainable would lead  people to know their purpose in life. If people  have no limiting beliefs they will be prompted to define clearly their goals and frame a plan of action to attain them. The process will help them develop self-discipline and become self-sufficient, organized, and focused.

Positive thinking is not as simple as it seems. Let me reiterate that for it to work, a corresponding plan of action  is required. And that would entail a lot of hard work, dedication, and discipline.

Actually, the believers and critics of positive thinking are both correct. It works and it doesn’t. Confused? Consider this – “Whether you believe you can do a thing or not, you are right. That’s from Henry Ford. And here’s from Virgil… “Possunt quia posse videntu” (“They can because they think they can.”)