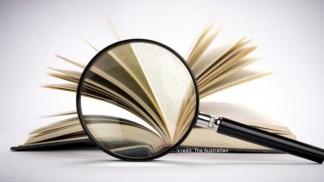 People often times react to a literary work quite differently.  Even if they enjoy reading the same story, their reactions and opinions regarding it may vary.  And these reactions may also depend on whether or not they have knowledge of literature and literary criticism. But that notwithstanding, people will naturally want to say something about a story after reading it. Such a reaction is instinctive and indicates that literary criticism is a natural response to any literary work.

A critique of a literary work may be done either formally or informally. A formal criticism has a definite objective and direction. This kind of analysis adheres to the established standards of literary criticism and is anchored on a certain literary theory. This may be done in the classroom as a course requirement, in a journal or magazine for purposes of publication or on a website.

Conversely, the informal version is but a simple discussion of the merits and demerits of a certain work in prose or  poetry done perhaps by friends in a cafeteria while sipping coffee or even while riding on a  public transport or in a private vehicle. If two people have read the same story or watched the same movie, expect that a discussion will ensue.

Nowadays, advances in technology have given writers more opportunity to reach their audience and further increase their readership.  The invention of social networking sites, blogs and websites has provided writers more platforms where they can post their stories, essays  and poems. Most writers have their own websites and accounts in Facebook where they promote their literary works.

This has given literary criticism a new dimension from which to operate as well. Friends and followers of certain writers can easily turn into critics or supporters and have the opportunity to say a thing or two about their writings. Such comments are considered as informal criticism of such work. Whatever may be said about a story or a poem is essentially an evaluation of those written materials.

But we tend to think that an informal analysis of a literary work as being only a personal expression of views bereft of any academic worth for literary theories are not used to guide a reader in developing well-informed arguments. We dismiss informal analysis of a story or a poem, especially if it’s made by people not familiar with the nitty-gritty details of literary criticism, as being purely misguided opinions, which are basically subjective and disorganized.

However, when we carefully scrutinize people’s comments and expressed opinions related to literary works they are actually, but perhaps unknowingly, towing the line of the established literary theories just the same.

For instance, if an author pens a story or a poem about “sadness,” his readers, most specially those who know him on a personal level would readily think that he has a problem. If it’s about “separation” the presumption would be made that the creator just “called it  quits” with someone. If such a write-up were posted on any of the social networks, we would expect that it would generate a thread of comments asking what had happened or expressing sympathy in some way.

The assertions made in the previous paragraph is a case of “analyzing the author through his work.” This in literary criticism is called “Psychoanalytic theory.”  The theory maintains that a story or a poem gives insight into the mental processes of the author. Things read in a writer’s work are believed to reveal his feelings and thoughts. Those who subscribe to this theory maintain that it’s difficult to separate the author from his work. Simply put, any literary work is said to be a mirror of the state of mind and emotions of the author.

In reality, it’s only the creator of the sad story or a separation poem who knows if it’s his own emotions and thoughts that are being discussed in the piece.

Other readers would simply remark that “it is a good story (or poem) but sad.” In the foregoing remark, the focus was on the work or text itself. The author was not part of the equation.

This approach to literary criticism is called Formalism. The theory of Formalism tells us that a literary work has its own intrinsic value. The words weaved together form their own meaning divorced from the state of mind and emotions of the author and the reader.  The poem or the story ought to be scrutinized from within and not consider socio-cultural influences, authorship or historical background. The focus of the analysis should be on the words in the literary work and not related to its author. The things considered should be the structural elements of the story or poem, including linguistic devices, literary devices, style, imagery, tone and genre.

This writer has some essays, stories and poems posted in Facebook which elicited varied comments from friends. Such comments include “That’s what you call irony!” and “Enchanting words woven together to almost perfection to which every poet can relate.”  These are examples of “formalistic” reactions.

A surprising comment one of the works of this writer received was “I like green thoughts sleep furiously.” This is in reference to CHOMSKY’s Syntactic Structure. Obviously, the one who commented has a solid background in linguistics.  And such goes beyond just “Formalism”  but touching the outskirts of “Structuralism.” But a reader who has a limited background (or none at all) in literature, much less literary criticism, will find it difficult to use these lenses (“Formalism” and “Structuralism”)  when critiquing a literary work. Rare are the informal criticisms that focus on linguistic and literary structures of a poem or story.

Normally, the reaction of readers in their informal criticism would be based on their schema (prior knowledge) activated as they interact with the words of the writer. Each person has a wealth of knowledge and experiences that control their thoughts and decisions. It can also be assumed that the schema enables a reader to give the text its meaning, or the author’s own meaning.

There’s also a theory that holds that readers are the ones that give meaning to the literary work. The body of words which the author has created are meaningless until such time that it was read and interpreted by the readers. This theory is called Reader-Response theory.

The proponents of this theory contend that both poems and stories are not considered finished until they’re read and interpreted. And the meaning of the literary piece is what the reader brings to it. This means that a reader interprets literary works in the manner that his schema will dictate.

The role supposedly of a background theory or philosophy, if the reader has it, is to moderate his interpretation. But even in the absence of a background in literary criticism, whatever a reader says about a literary work will always have philosophical underpinnings that may be connected to a literary theory.

At the end of the day, how to react to a literary work is always a matter of choice (and a matter of whim) on the part of the reader. The reader can be any of the following: psychoanalytic, judging the author through his work; formalist, accepting that words put together have a meaning divorced from the author and the environment; or a subjective reader, giving the work his personal meaning.

Furthermore, a reader can be a Feminist or a Marxist in his informal criticism.  A reader with  a strong grounding in literature and linguistics may opt to be a Structuralist. There are also other hats in literary theory that can be worn if one wishes to.  But even if   readers may not be bridled by any theory when responding to a literary work doesn’t matter for literary criticism  is more of a natural human response to literature than an intellectual undertaking.

So, readers should be allowed to respond naturally to literary works and to express opinions as evoked by their knowledge and experiences.