What We Filipinos Ought To Realize (4) 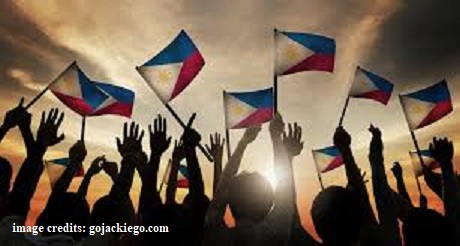 The first three parts of this series of articles identified our serious faults as Filipinos – we sell our votes, we use questionable standards when choosing leaders, we treat elections as if they are popularity contests allowing immensely popular but inexperienced and incompetent celebrities to win, and we either keep  restoring from the “recycle bin” the same traditional politicians or replace them with a family member.

Our inability to choose the right leaders is clearly one of the factors preventing us from reaching our full socio-political and economic potential as a nation.

We know that the government plays the most essential role in leading all efforts to make this country progressive. We need the best leaders if  we really want to become a “developed nation.”  It  is our responsibility as citizens to select the best  ones to hold the reins of government. Unfortunately, we keep failing to do so.

The funny thing is that after we put them into  power – the politicians who won because they have the money to buy votes, celebrities-turned-politicians who are inexperienced and incompetent, and “recycled  politicians”  and the members of their political dynasties – we expect them to perform well. After every election, we expect a better-performing government.

And why would we expect a different government – a more effective one – when we know that we keep electing the same politicians or use the same old rotten standards when choosing new leaders?

Let us revisit  Albert Einstein’s definition of  insanity – “Doing the same thing over and over again and expecting a different result.”

But assuming that one day we restore our sanity and finally we refuse to sell our votes – finally  we learn to elect into office the most deserving and most qualified among candidates – would the wheels of national development start rolling?

There’s one more problem, a problem more serious than our failure to vote wisely and conscientiously. The more serious problem of Filipinos, as mentioned in the first part of this series, is the mindset that that the leaders we elect are solely responsible in solving all of our society’s ills and nation’s problems.

We view our relationship with the state at the vantage point of “self-entitlement.” We think that it is the duty of our leaders to give us “this and that.” We say that the government should do “this and that” for us. See, we expect too much from leaders whom we don’t even choose using the best and most appropriate standards.

Is it the duty of the government to provide each citizen with food, cloths, and shelter?

What the government does, generally speaking, is to formulate, implement, and enforce the laws of the land, to build infrastructure, to ensure peace and order, and to create economic and other opportunities that would help its citizens enjoy the conveniences of life and have the best chance to get good education and find  or create means of livelihood.

It is also not the duty of the government to provide everybody a job?

One of the functions of the government is to create an environment that would promote economic growth. They have to make sure that businessmen would be encouraged to invest and initiate  businesses activities thus creating job opportunities. But jobs are not given in a silver platter. We have to search for job openings and apply and make sure that we have the required qualifications for the jobs we want. Getting ourselves ready for employment is a personal responsibility. The government will not deliver to our doorsteps the jobs that we want.

The government itself is also an employer but it cannot possibly provide each citizen with a job. It is also impossible for the private sector to employ everybody. That’s just the reality. Harsh it may be.  Those  who won’t  get employed, or do not want to work for others because they have better plans for themselves, could perhaps succeed as entrepreneurs.

Not everybody would get a college degree. Not everybody are trained and destined to be in a workplace – either in the corporate world or in the academe. Some of us will be factory workers, sales clerks, farmers,  fishermen, plumbers, drivers, gardeners, or what-have-you. It doesn’t matter whatever jobs we have for as long as they are decent and they allow us to earn a living honestly.

Don’t reason out that you came from a poor family and your parents could not send you to school to get a good education and have a better chance for a better life.

This is just how many of us Filipinos are. When we don’t  succeed in life, when things don’t turn the way we expect them to, when we are not doing well in the different areas of our personal lives, we are always ready to check our “blame list” to find somebody or something to put the blame on. And our favorite whipping boy – the government. When we are done accusing our leaders for  not doing their job well causing us to become losers, we next vent our ire on our parents saying that they did not work hard enough to ensure that we live a good life when we become adults.

We need to throw away that “blame list” for whether we like it or not we are personally responsible and accountable for our success and failure. There comes a time in our lives when we should become be self-sufficient, a time when we, not the government nor our parents,  decide for ourselves and take full control of our destiny.

We Filipinos need to realize that unless we recognize our faults and change there’s no way this country becomes progressive and “developed.” We will  never gain the respect of the community of nations  if we remain the way that we are now.

We Filipinos need to realize that there are two requirements for a country to become progressive and developed – good government and responsible  citizens. Remove one and a country is doomed. The citizens and their leaders need to work harmoniously towards achieving national goals. There’s no other way. Both of them need to work hard. They have to work hand in hand. And in case you did not notice, we as citizens control both requirements – we can decide to become responsible as citizens and we get to decide also in whose hands we should put the reins of government.