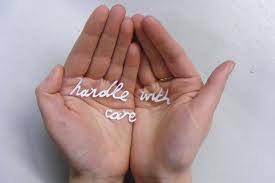 How do I love thee oh Elizabeth Browning’s language?

Let me NOT COUNT  the ways…

Let me JUST COIN a word…

Etymology:  From the words accent and egoistic

(Of course you know the meaning of the words aforementioned. If not, consult “Merriam-Webster.”)

The word was coined by…well…by me!

The word I minted out of the inspiration I derived from my exasperation over some realities I have encountered in the world of ESL teaching.

Stress:  I don’t like you folks to be so stressed on wondering where to put the stress so let me stress that the stress is on the first sylabble.

Part of Speech Label: Of course the word is a noun. Adjective form: accentgoistic

Do you want to make it an adverb? Then add the suffix -ly. Now it becomes accentgoisticly. Better yet make it  accentgoistically.

Pronunciation Guide: You know how to read the words accent  (ˈakˌsent) and egoism(ˈēgōˌizəm). Combine the sounds from the two words. You’ve got to eliminate though the ē sound from ˈēgōˌizəm.  It’s up to you folks if you wish to mimic the way the Americans or the British say those words. Well, you are also free to produce those sounds the way our brethren from downunder do it. Or be real… blurt it out the way your respective frenula would allow it.

Point of Clarification: The frenulum I am referring to above is the frenulum linguae (lingual frenelum)  under the tongue, not the frenelum veli in the brain and the frenulum valvae ileocaecalis in the digestive tracts. Not even the ones that teachers of anatomy would discuss when presenting the reproductive systems of both male and female. What are they? Do you want to know? Google it baby!

(Honestly, at the moment I was “playing with the word, ” I was not sure if those terms (in the line immediately above this sentence) were already existing in any form of literature.)

Do I still need to define? Can’t you just refer to the contextual clues provided in the “Related Terms/Synonyms” section?

But if you insist then read on…

1. The tendency of SOME English-speaking people, who,  because of their “distinct accent”  think that they have monopoly of the language.

3. The idea that only those people with distinct and natural accent are qualified to teach English.

4. The idea that those people who were born and grew up in the native English speakers’ zone are better ESL teachers than those who speak English as their second language.

5. The tendency of SOME English-speaking people to think that those who could not speak and write well in English are dumb and ignorant.

There goes “my play with words.”

Dissect the conversation below:

Me: Do you believe that it is the accent in your country that the world must follow?

A friend (a native English speaker): Yes, because we are the most economically powerful country. We set standards in many things, including the way the English language should be uttered.

Me: Oh…China might become the most economically powerful country sooner or later. So, I need to start training myself to speak English the way the Chinese do.

That same native speaker: But they don’t own the language!

Me: Why? Is there anybody who owns the English language?