ON Self-Belief and Other Related Constructs 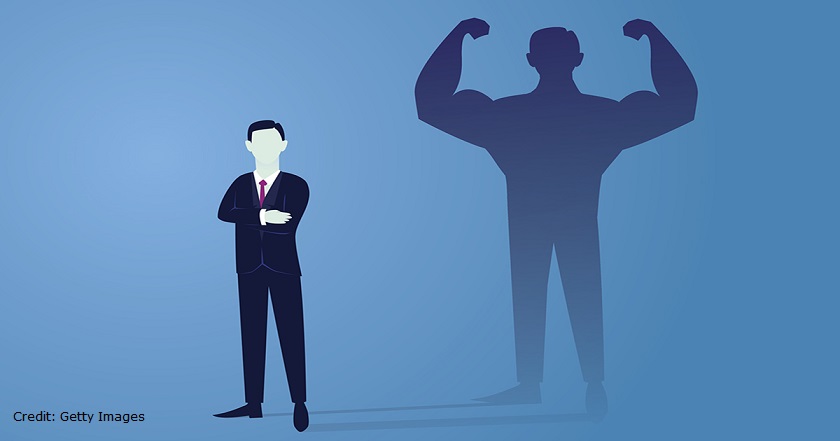 As the term implies, self-belief is a person’s faith or complete trust and confidence  in their  abilities and skills and value  as a human being. Consider it as a combination of self-confidence and self-worth.

Self-belief is an essential component in a person’s pursuit of success and happiness. If you don’t have it, don’t expect to achieve anything  for without self-belief a person will never succeed in any kind of endeavor. But too much of it is not good either. An exaggerated opinion of one’s own qualities and abilities is called self-conceit. The Greeks refer to it as hubris.

Self-belief is a concept not difficult to comprehend  yet not too many really know how having or not having it would affect their lives in general. Some may have chosen to disregard it not fully understanding the possible negative consequences for neglecting it.

If you won’t trust in your own abilities and skills… if you won’t believe that you are valuable, no else would.  If you want others to believe in you, you have to convince them first that you believe in yourself. And even if nobody believes in you but yourself, you are in a strong position in life.

The issue is not what other people say and think about what you can and can’t do and achieve but rather whether or not you believe in your own capabilities and worth as a person. The disbelief of people around you won’t move the needle of your success. It is your self-belief that would. People not believing in you won’t kill your dreams and ambitions, your self-doubt would.

Self-doubt is by no means just a simple problem. It is a very serious one. A person is in serious trouble when they doubt themselves and when they think they are worthless. The failure of people to develop self-belief stems from them not understanding the nature of self-doubt. In a separate essay – “Self-doubt: The Unknown Sin” –  I discussed the said concept  extensively.

Self-belief   should serve as the starting point of all self-improvement activities.  Any personal growth and development program should start with the elimination  of self-doubt. Imagine self-doubt as old wineskins and all the attitudes, beliefs, and skills you need for self-improvement, altogether, like new wine. You should not pour the new wine to the old wineskins. The Lord Jesus Christ warned –  “And no one pours new wine into old wineskins, the wine will burst the skins, and both the wine and the wineskins will be ruined. No, they pour new wine into new wineskins (Mark 2:22).”

There are several constructs that are construed to be the same or somewhat related to self-belief. These are self-concept, self-esteem, self-efficacy, and self-image. These concepts have been explored extensively and a vast body of literature has been created for each of them.  There are numerous articles available explaining how similar and different are they from each other. But if you examine the bottom lines of self-concept, self-esteem, self-efficacy, and self-image, all of them  lead to people needing to develop their faith or complete trust and confidence  in their abilities and skills and also them needing to  value  themselves as human beings.

The primary objective of all activities recommended by experts  for the improvement of  self-concept, self-esteem , self-efficacy , and self-image is the development or strengthening of self-belief. If all ideas related to these constructs are to be synthesized into one single idea, very likely that that the term self-belief would be used.

This article does not intend to deal with specific details about these concepts but only their definitions  to see how they relate to self-belief.

Let’s take a look at self-concept first. As explained by McLeod (2008), self-concept is a general  term used to refer to “how people think about, evaluate, or perceive themselves. To be aware of oneself is to have a concept of oneself.”  Additionally, “self-concept is an overarching idea we have about who we are—physically, emotionally, socially, spiritually, and in terms of any other aspects that make up who we are (Neill, 2005).”

Your self-concept is a collection of  your beliefs about yourself.To be aware of what beliefs you hold about yourself is instrumental in the development of self-belief. Your self-concept would help you identify what negative perceptions you hold about yourself. Self-belief doesn’t mean ignoring or sweeping under the rag what you consider as your weaknesses  but rather accepting them. But accept them only if after serious introspection you will find them to be true. What comes next after that is you exerting   conscious  efforts to address them. Self-concept enables you to identify what are your problems and deficiencies which need correction. The process of self-improvement includes not just finding and developing your strengths but also identifying your negative attributes and getting rid of them.

What about self-esteem? This concept refers to the extent to which we like, accept or approves of ourselves, or how much we value ourselves (McLeod, 2008).”  Harter (1986) added that “self-esteem is the evaluative and affective dimension of the self-concept, and is considered as equivalent to self-regard, self-estimation, and self-worth.”

A low self-esteem – a person’s failure to value themselves as a human being – leads to a variety of problems that can affect a person’s personal and professional pursuits, health, and relationships.

If we go back to the definition of self-belief at the beginning of this article, we can say that half of this construct is self-concept and the other half is self-esteem.

Next is self-efficacy. Bandura (1994) defines  the term as people’s belief about their capabilities to produce designated  levels of performance that exercise influence over events that affect their lives. Self-efficacy beliefs determine how people feel, think, motivate themselves, and behave.

The foregoing definition shows the thin line that separates self-belief from self-efficacy. That thin line may not even exist.

“People with a strong sense of self-efficacy,”  as Bandura explained, “develop a deeper interest in the activities in which they participate, form a stronger sense of commitment to their interests and activities, recover quickly from setbacks and disappointments, and view challenging problems as tasks to be mastered.”

These exactly are what people with a strong self-belief (are and) do – they know what particular skills and capabilities they have, nurture and use them as leverage to achieve success;  they are not afraid to fail and when they do they bounce back; and they face and conquer challenges and difficulties.

Seemingly, self-belief is just another word for self-efficacy.

Now, let’s take a look at self-image. The Meriam-Webster English Dictionary defines the said construct  “as the way you think about yourself and your abilities or appearance.” That, too, is almost exactly how we define self-belief.

According to Dr. Maltz (1993), “Whether we realize it or not, each of us carries a mental blueprint or picture of ourselves. It may be vague  and ill-defined  to our conscious gaze. In fact , it may not be consciously recognizable at all. But it is there, complete down to the last detail. This self-image is our own  conception of the ‘sort of  person I am.’ It has been  built up from our own beliefs about ourselves. But most of these beliefs have been formed from our own past experiences, our successes and our failures, and the way  people have reacted to us.”

Bob Proctor once said that when you stand in front of a mirror you see a reflection of the physical you. But that’s not the real you. You also have a picture of yourself in your mind. That, according to him, is what Dr. Maltz postulated – that people have two images of themselves, the one that’s coming back from the mirror and the other one is their inner image.

The kind of inner image, that self-image  you hold constitute your self-belief. If you have a poor self-image, it  means you don’t have faith in your skills and capabilities and that you have a low self-worth.

There are a plenty to learn form the literature and studies conducted on self-concept, self-esteem, self-efficacy, and self-image. Anybody serious in developing a strong self-belief should take a look at them. What I presented in this article about the constructs aforementioned barely scratched the surfaces of each of them.

Let me end with a quote from Alexander Dumas:

“A man who doubts himself is like a man who would enlist in the ranks of his enemies and bear arms against himself. He makes his failure certain by himself being the first person to be convinced of it.”

Harter, S. (1986). Processes underlying the construction, maintenance and enhancement of the self-concept in children. In Suls, J. and Greenwald, A.G. (eds), Psychological Perspectives on the Self. Lawrence Erlbaum, Hillsdale, NJ, vol. 3, pp. 137–181