THE HIPPO STRIKES BACK 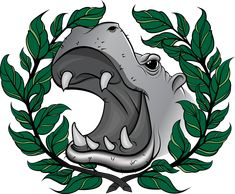 The animals, after a few days of happiness for some minor miracles that happened in the forest, were again bothered and sad. It seemed that the hippopotamus had started to strike back against the animals who tried to talk about his wrongdoings.

He first called to his swamp the horse and said, “I have trusted you so much because according to the council of elderly animals who brought me here you are the most trustworthy among the animals, but you disappointed me.” The horse refused to be intimidated by the bulldozing ways of the hippopotamus, “If telling you the sentiments of my fellow animals here in the forest is offensive then I could do nothing about it. The only thing the animals want is for you to mend your ways and treat them well. If because of that you no longer trust me, then fine.” The horse left with his chin up while the hippopotamus growled as loud as he could. The horse responded with a long neigh and a back kick.

The hippopotamus warned strongly, “If you are not going to give me what I need, I will go to the lions’ den and offer you as sacrifice.”

The gazelle pointed out that the animals were just telling him their feelings about the way the hippopotamus were treating them. “The only thing they want is for you to change and treat them fairly and not bulldozed them each time you want to do so,” said the gazelle. “You stubborn animals, you don’t know what I am capable of doing, in the next few days, I will visit the lions in their den. You gazelle seemed to be so outspoken, I will have you sacrificed to the lions.”

The gazelle feared so much for his life, he cried profusely as he headed back to his flock. The lion visited the ram and told him what happened. “I am expecting this to happen, the hippopotamus seems to be striking back. He started by telling the council of elderly animals that whatever problems they would hear happening in that forest is the fault of the monkey. And now he is trying to harass his critics in the forest,” the ram told the lion.

Immediately the ram visited the gazelle and assured him of the support of the animals. “The horse asked me to tell you that we will be behind you all the way.” The gazelle let out an obviously forced smile and retorted, “Thanks, I thought I would be alone.” “Of course not,” replied the ram, “in my case, when things get worse, I will not be behind you in this fight but in front of you, I will take the bite of the hippopotamus for you.”

“I can not blame the cow, I did something very wrong against him. I have accused him wrongly about something. But what I am wondering is why the cow had to tell the hippopotamus about what I said regarding the bloated hippopotamus.” Those were the reflections of the goat.

Then the sheep told the goat, “Good luck to us animals in this forest, if we would be stabbing each other in the back, that will definitely embolden the hippopotamus. I hope that all animals in this forest won’t forget about the bottom line of all these things happening in here, I hope these animals can hear the testimonies of those who had been badmouthed and treated unfairly by the hippopotamus.”

The goat also said that the hippopotamus was particularly angry about the fact that it seemed the animals in that forest consider him as bad as the monkey. He said he is not bad at all, that he did and said nothing wrong to anyone.

Then the ram reflected on those things the goat revealed. The ram came to realize that the hippopotamus was right in crying foul that he was being compared to the monkey. The reason – the hippopotamus was actually worse than the monkey because while the monkey, one way or the other, was trying to mend his ways, the hippopotamus is claiming that he is an angel not capable of doing wrong. Then the ram muttered to himself,“If that’s the case if he is an angel he should not stay in any forest, he should fly to heaven, unless the Almighty One would refused him entry for she should be the one who ought to stay where the fallen angels were banished.