The Ram in the Hippopotamus’ Swamp 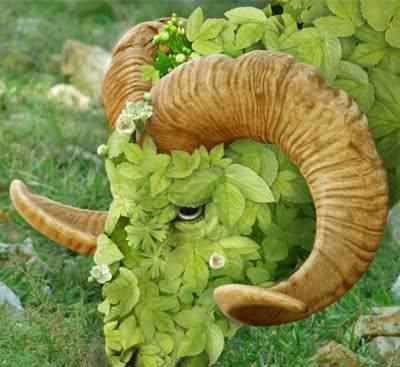 In the past, elderly animals in that forest would warn the ram about commenting too much about the hippopotamus. Some would say that the ram is putting himself in harm’s way for saying a lot about how the hippopotamus and his sidekick – the monkey – would treat so badly the animals in that forest. “But I am only saying the truth. If nobody would dare speak up on behalf of the animals, what would happen to us?” That was the ram.

One day, the hippopotamus asked the ram to see him in his swamp for a very important matter.

As feared by the other animals, the hippopotamus learned about what the ram had been telling about her. At the beginning, the hippopotamus was using her gargantuan size to intimidate the ram. The hippopotamus growled and opened her mouth a lot as if intending to wholly swallow the sheep in the course of their confrontation. 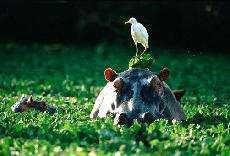 But the ram, armed with his shield of truth, stood his ground. He took the opportunity to fearlessly tell the hippopotamus about how badly the animals in that forest were feeling because of the way she was treating them. The sheep also divulged that things worsened with the arrival of the monkey who also was so unkind.

The hippopotamus challenged the sheep to drop the names of the animals complaining against her and the monkey. “Why do I need to tell you, why don’t you just try to recall how have you been acting and treating animals in this forest!” That was the reply of the ram to the hippopotamus’ challenge.

The hippopotamus, at the end claimed that his conscience is clean and that as far as he is concerned, she never stepped on anybody’s face. The ram retorted, “Well, if that is your opinion about yourself, I can do nothing about it. Sorry to say this but how I wish you could hear what the animals are saying about you. How I wish that they would be brave enough to tell you how hurt and demoralized are they. But we really tend to think nicely about ourselves, and of course we are biased about ourselves. It’s okay to be frank, but frankness does not give us the license to hurt the feelings of others.”

The two animals went their separate ways. The ram was hopeful that things will change after that confrontation. What was important for the ram was finally the hippopotamus was jolted and perhaps would do some introspection. Perhaps the hippopotamus would contemplate and evaluate the way she has been treating the animals in the forest.

Chapter 5 – Miracles in the Forest