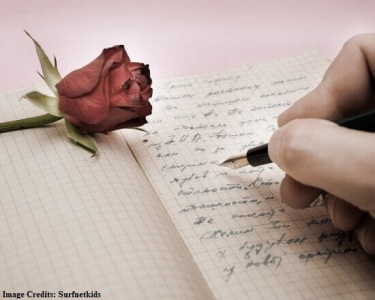 It’s challenging, to say the least.

For me, the literary genre most difficult to produce is the poem. Putting together the elements of meter, rhyme scheme, sound and imagery is not easy. It would take more than creativity to  express thoughts and feelings using the most appropriate figures of speech.

My best poems are written in Filipino. I’ve been trying to write good ones in English but I have to admit that it’s a mighty struggle. I’m not sure if for example the following quatrain makes sense:

I have no problem with free-verse but my dream is to walk gloriously  the “rhymed” and “metered” path while holding the hands of either Erato or Euterpe.

One time I tried to mix Greek mythology and poetry and this is what came out:

Writing stories is just as difficult because mixing in a bowl  the elements of fiction within the bounds of the plot  is not a walk in the park.  But fiction writers have the luxury of using a lot of pages to serve their purpose. Leo Tolstoy needed more than half a million words for his novel “War and Peace.”

Conversely, a poet has a single page, sometimes not even the whole of it, to capture vivaciously and vividly the emotions and thoughts pervading within or around him. The Japanese, through their Haiku, would do it in a single-stanza poem with three lines consisting of a total of 17 syllables.

What adds difficulty when poets thread the rhyme zone is that they can not walk the path of sadness while wearing a smile. Neither can they frolic in the lake of happiness while riding the canoe of sadness.

Pain begets pain, joy engenders joy. This is seemingly the prevailing mood in the realm of poetry. Rare are the crying clowns who can masterfully inject sadness into the veins of their poems while they are cracking a joke.

The melancholic lyre sounds best when played by a poet who in one way or another licked some emotional wounds sometime ago in a desolate room. On the other hand, the trumpet of merriment can best be blown by a poet who has journeyed the clouds of ecstasy.

But life is a masterful musician who teaches poets to play both the melancholic lyre and the trumpet of merriment. Life enables a poet to play any of the said instruments at any given time.

If a poet intends to paint his canvas with gloom then he can easily prick an old emotional wound until it bleeds sadness. He can walk down memory lane and revive the pains inflicted by either a person or an event he would rather forget. That’s not masochism but rather a form of sacrifice, the poet ought to feel what he intends to write.

Conversely, it is from the same memory lane where the poet could revisit the happiest moments in his life if  it is the lovely colors of joy he wants to be seen in his canvass.

That‘s the beauty of being a poet. Poets can switch with ease to any emotions that they desire. Like an actor in a theater, crying one moment then in a jiffy burst into laughter.

Sometimes poets get misconstrued. When a poem tackles sadness and regret for losing someone the readers would think that the poet still loves and wants that someone back. Worse, the person who felt alluded to may either be excited or feel vindicated.

Lest we forget that poets are men of arts who write for art’s sake. Yes, they draw inspiration from someone or something. They need a motivation in the pursuit of their art. But as it is, the end is the art and the motivation is but the means to achieve that end.

And what is the reward the poet receives for writing a poem? The reward is the poem itself. No reward can be sweeter than a poem that artistically conveys the joys and sorrows of the poet.

As to whether or not the poets  who write a poem of gloom and bewail are sad and regretful, only them know. Who knows it may be Melpomene who visited them in their dreams. 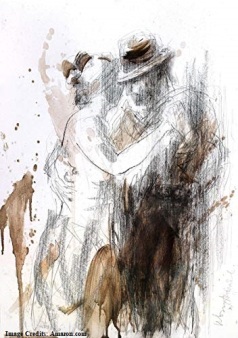 (Mula sa kantang “Dancing on my Own” ni Calum Scott) 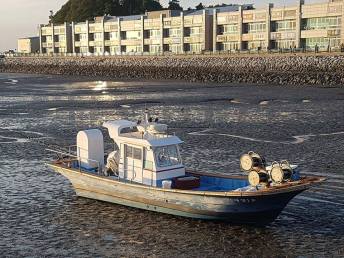 “What am I without you?”
The boat says to the sea.
“Bring back the tide,
make me alive.
I beseech thee.”

Bring back the tide
Let me ride your waves
Toss me to and fro
Throw me up high
Then splash me down hard into your waiting arms.

Bring back the tide,
Pull me out of the dock!
I’d rather face the peril
of being whipped
by the mighty waves of your love
Than left alone moored in the lonely sands of memory.