← Do NOT  Expect
Nang Ako’y Ngitian →

My Names and Pseudonyms 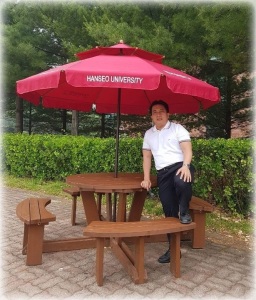 My name usually elicits giggles and buzz
Oftentimes it arouses questions and laughs
With MASSULINE ANTONIO… What’s the big fuzz?
None really, just read properly,  is all that I ask

Into four syllables, my name  be divided
Think it this way… MAS-SU-LI-NE, please be guided
MASSU  in MASSULINE be carefully read
Following the pronunciation key at the end… (mäsū)

And the LI  be not  read as li  as in Bruce’s Lee
But as lī   in lie, as inventing a story
The NE , make it unique and a little naughty
Just follow  the sound of ni  in the word bikini

With different nicknames I was identified
From my initials, some have called me MAD
From Antonio, with TONY, I was also tagged
Believe me, even with MUSSI, I was marked

Sir Mad,  Dr. Ligaya, at work,  my epithets
Oh my, with too many nicknames, I was perplexed
When still a child  my playmates  had me labelled
They would call me DADDU, and I’l be angered

In a previous  workplace in my country
People said they find my name a little  funny
Because it’s tiring to call  my name in its entirety
DR. JOY… yes, indeed, that  was how they called me

But of all those monikers I got called with
There’s only one I would consider so sweet
I would feel so delighted whenever I hear it
That is CHING, music to my ears indeed.

“Nom de plume” I also used in writing
When my identity as writer I am hiding
“The  Fabulist” when anthropomorphizing
Animals for human follies I am attacking.

Source: My Names and Pseudonyms

← Do NOT  Expect
Nang Ako’y Ngitian →