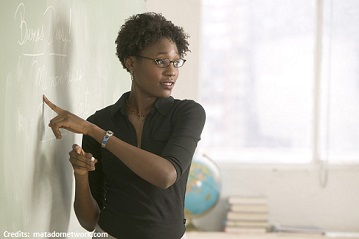 “What is done in the classroom today becomes the indelible memories of tomorrow.” – Robert Brooks

What do we remember most about our teachers? Is it their intelligence or their wit and humor?

Why do we say that we’ll never forget some of our teachers? What made it hard to erase them from our memory – the positive influences they exerted on us or the emotional wounds they may have directly or indirectly inflicted? Do they remain in our memory because of the words of encouragement they said that motivated us to excel or the mouthful they delivered with the meanest of intentions that destroyed (or almost destroyed) our self-esteem?

Do we recall the lessons our teachers taught in the class or is it the jokes they shared that we cannot forget to the point that to date those same jokes we also share with others?

Think about this – Is it our teachers’ impeccable display of mastery of the subject matter we remember about them or is it their compassion and gentleness that made us feel so comfortable in the classroom?

Being a teacher myself I often wonder what my students remember about me, or do they remember me at all. Imagine how many students I already had having been a teacher since 1988. Has anyone of them proudly announced my name when asked “Who’s your most favorite teacher?” or “Who among your teachers influenced you most positively?”

Constantly asking myself such questions makes me conscious about my performance in the class. Not that I wish to be popular among my students. Teaching is not a popularity contest. But if I get to be remembered by my former students, I wish that it is for the right reasons and not the wrong ones.

As part of my planning, each time a school term begins I make a conscious effort of remembering my former teachers. Why? My teachers in the past, aside from the subjects they taught, they directly and indirectly showed me “what to do” and “what not to do” as an educator. They contributed the pieces in the teaching-learning model that guides me as I practice pedagogy.

There are several teachers whose names were etched in my memory (although I wish to keep their identities under wraps except for some clues). There are a variety of reasons why after all these years I have not forgotten them.

During my PhD days at Bulacan State University I always looked forward to attending the classes of two professors. One of them taught me that “Whatever we don’t use will die of disuse.” and “In onion there is strength.” Yes, that’s onion… not “union.” The other one bragged that “His PEN  IS six inches long.”

I didn’t consider their brand of humor offensive although I know some of the ladies in those classes felt uncomfortable whenever those professors deliver those double-meaning sentences. I am not sure what made the students pay attention to those professors – the ideas they were expounding or the jokes they interspersed in their discussions.

Even without those double-meaning sentences those two professors were really committed to bringing humor into the classroom. A lot of times that they shared hilarious personal stories. Three classes in one day, with each class 3-hour long, in the graduate school are stressful and the best known antidote to stress is laughter.

That’s what they did…gave entertainment on the side while we go through the rigors of graduate school.

But when it comes to sense of humor, no one beats my Psychology and Political Science teacher during my first year in college. Aside from his contagious smile, he had the knack for injecting humor during discussions. I remember him making exaggerated facial expressions and movements.

As Maurice Elias suggests, “Let’s add some more enjoyment to school. We don’t need guffaws — a smile and a little levity can go a long way.”

Let me just clarify that the said professors are not just humorous – they are very intelligent educators.

I was also blessed to have three teachers (one each in High School, College and Master’s) who modeled academic excellence. Each meeting with them was always an opportunity to learn something new. Of course I learned from all of my teachers and they all contributed to my development but these three are simply a cut above the rest.

Their common denominator is they never came to class unprepared and demanded nothing less from the students. They were demanding but were very supportive. I don’t know but there was something different in the way that they taught and the way they carried out their duties as mentors.

Because of this dedication to excellence, one of them (the professor in the Master’s program who influenced me the most), became “the avoided one.” Students, as much as possible, would avoid enrolling in her classes. They were students who wanted their grades to be given to them in a silver platter. They were the ones who consider a weekly reaction paper and several book reviews too much for a graduate student. For me, that was the challenge that I wanted to undergo to test my mettle, to hone my skills. I wanted to be deserving of any degree I would be conferred with.

That was the kind of attitude inculcated upon me by my High School Biology and English 2 (and 4) teacher. She gave us assignments and projects that I considered at that time as requirements done by college students. It was difficult but it prepared me to the rigors of college life.

Then in College I had this teacher who taught Shakespeare (and his plays) rarely bringing instructional materials to the class from beginning up to the end of the semester. She did not use audio-visual materials when teaching. She would just stay seated the whole period. But when she talked it was like listening to an audio book. There was never a question from us (the students) she did not satisfactorily answer.

However, I don’t remember the said teachers only because of their brilliance. I had a lot of equally intelligent teachers but whose names I could no longer recall. But these mesdames are different. They displayed enthusiasm while teaching. I witnessed how much they loved what they were doing.

I would also not forget my Grade VI adviser. I felt so sleepy in her class one day but I was trying very hard not to fall asleep. The reason was during my Elementary days, almost every morning I needed to wake up around 4:00 AM in order to sell “pandesal” (bread) before going to school so I would have extra allowance.

One day, while she was discussing I closed my eyes but I was awake. Then one of my classmates said, “Look ma’am! Ching (that’s my nick name when I was a kid) is sleeping.” My eyelids were a bit heavy so I couldn’t open my eyes immediately when I heard a classmate say that. Then my adviser  responded, “It’s okay. Let him sleep for a few minutes. I saw him selling “pandesal” this morning.”

That for me was a display of compassion. My teacher did not get angry. She was aware of my situation and she tried to understand. Her simple act of kindness made me feel I am important. It started to develop my self-esteem.

Then I had these experiences with two of my High School teachers that reinforced my self-esteem. My English 1 teacher told me one day, “You’re performing well in the subject. Keep it up!” That was the first time I received a positive comment about my academic performance. Then my Biology and English 2 (and 4) teacher, the same one I previously mentioned, told me also that I can be a good student if I study harder. In addition, she told me that I can be a writer.

Those teachers believed in me and I promised myself not to disappoint them.

In his book entitled “Self-Esteem Teacher,” Robert Brooks explained that “Teachers have a very significant, lifelong impact on all of their students. This impact involves not only the teaching of particular academic skills, but as importantly, the fostering of student self-esteem.”

What do I remember most about my teachers? What qualities did they have that made their memories persisted in my mind and continued to influence my practices as an educator?

It is their sense of humor, enthusiasm, dedication to the craft, compassion for the students, and the practice of praising students – of telling them what they are capable of.

The foregoing are the building blocks of the educational philosophy that I have embraced.

“Most children will not remember what a teacher taught as much as how he or she made them feel. Children who perceive themselves as accepted and valued will work harder and have positive feelings about their school experience.”