← On Political Dynasties in the Philippines
SELFIE (Playing With Words) → 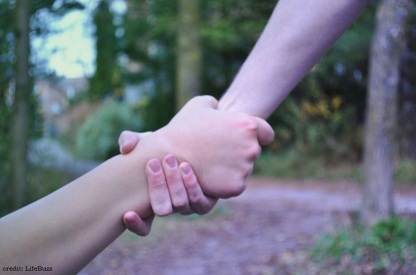 I had an experience during my vacation in the Philippines that made me revisit the issue of self-sufficiency – of not expecting anybody to help you when you’re in dire straits – of not assuming that all those that you think are your friends would help you.

Anyway, the situation I was in at that time was not really a matter of life and death. I did not do anything messy or put myself in a difficult situation that necessitated rescuing. I just needed a little assistance, one that would not require those that I approached to spend a significant amount of time – not money. I was just requesting for information.

I was then about to travel to a certain place in the Philippines with my family and some friends during the winter break. Something I am not fond of doing is travelling, local or international. In short, the travel bug have yet to bite me. I have extra budget to spend should I decide to be a “Dora the Explorer” but it is not on top of my priority list at the moment.

What’s my point in emphasizing that I don’t have that itch to travel? That because of it, I am not familiar with some of the nitty-gritty details involved in travelling – except those that involve travelling to and from South Korea because I have been doing it for the past 6 years.  But even those travels that I did from Manila to South Korea would just be from the airport to my workplace. Most of the time I was alone and I had to fend only for myself and I would always opt to sleep in one of the available benches at the Incheon International Airport if I had to wait the following day for the next bus that would take me to my destination. I consider as impractical letting go of a “Benjamin” or two for a few hours in a hotel.

So, for the first time (in my life) that I would be travelling with a group of people and I would be in charge of everything – including securing a place where we could stay overnight. I never had such a task before so I needed some help to ensure that I don’t  mess things up. That was when I thought of the two friends residing in that place where we were  intending to go.

The reason I took the courage to bother them was I know they are familiar with the place and I presumed that they may have relatives or some friends who own transient houses there. Of course I know I could do some online booking for hotels but I was trying to save as much money as I could that time and staying in any of the popular hotels in that place would make my expenses double if not triple.

One of them responded but that friend told me of a name of a hotel that sounds like it’s expensive.

The other one I asked help from did not bother to answer back when I expressed my purpose. Honestly, that caught me by surprise. Hearing from that friend something like “Sorry, but I can’t help you because…” would have been better. I may be a little sensitive but I did not expect that kind of non-response from that friend.

It was my fault to expect something from somebody. Momentarily that I have forgotten that it is not the moral obligation of anybody to respond to my requests. I forgot that I should not feel entitled.

But I am a person who could always take NO (or SORRY) for an answer. I would also say the same when I have to.

Still, I gave that friend time to respond. I know that that friend was able to read the message I sent through Facebook messenger. After one day, there was nothing.

It was then that I realized that my very reliable friends – Facebook and Google – could probably help me find transient houses in the place we wanted to visit. I was right and how stupid of me not to have thought of that before I tried to bother other people for that very simple problem. I was so wrong to think that only the expensive hotels could think of using the Internet to advertise their business. I discovered that even the cheapest transient houses in that place do the same. But I was more wrong to think  that that person would be kind enough to respond to a simple request for an information.

Anyway, I got what I wanted – a not-so-expensive but a tidy and comfy transient house.

After I closed the deal with the owner of the transient house through a phone call, I informed that friend who kindly responded to me that I had already found one. I thanked that friend and he wished me, my family, and my friends a happy vacation – which we had.

Then, I messaged my other friend who decided to disregard me. I apologized to that friend for the bother I caused. That friend did not also respond to my apology.

I am not judging that person who I thought considers me a friend. Perhaps I was also wrong in presuming that we were friends.

So, I decided to put it down to experience. Lesson learned.  I should thank that friend for reminding me to be completely self-sufficient  – for reminding me that rare are friends who would help us when we are really in need.

Rare are friends who would help us when we are really in need. Treasure them and never abuse their generosity and kindness. They will not demand it but reciprocate their good deeds if and when we could.

Remember this: A true friend, like true love, is hard to come by.

← On Political Dynasties in the Philippines
SELFIE (Playing With Words) →