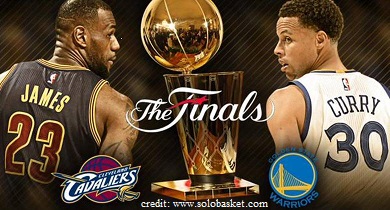 It’s no longer surprising that the Golden State Warriors are up 2-0 against the Cleveland Cavaliers and it doesn’t take one to have a head full of gray basketball hair to figure out why. What has given the Dub Nation a distinct advantage against the Cleveland is the addition of its “new citizen” Kevin Durant.

The Warriors also raced to a 2-0 start last year then split their next two games in their opponents’ turf to hold a commanding 3-1 lead. The rest is history. The Lebron-led team won the next 3 games, including 2 in the Warriors’ own homecourt, to give Cleveland its first ever NBA championship.

That lost was indeed painful for the Dubs. They are aching for revenge. But with the powerhouse team that they already had in 2015 and 2016, they found Lebron James and the Cavs tough nuts to crack with them being pushed to Game 6 in 2015 before prevailing and beaten in 2016. So, they thought they need another superstar to add more firepower in their arsenal in order for them to be ready against King James and his Cavaliers. Luckily, they found one willing to join them, a basketball star who also have a score to settle against Lebron James – Kevin Durant. It should be remembered that Lebron, donning a Miami Heat uniform, defeated Durant’s OKC for the 2012 NBA diadem.

2-0 is a familiar hole for the Cavs. It was the same situation they were in last year before the series switched to their homecourt. But this year may be a different story. They may have dug themselves a hole difficult to climb back from with a Kevin Durant helping the Warriors to plug it.

The statistics are too difficult to ignore. In games 1 & 2, both Cavs’ starting line-up and bench were outscored by their opponents.

Not the Cavs’ “big 3” are not contributing the numbers that they are expected to. In the 2 games played so far, the troika of Lebron, Irving and Love produced a combined 142 points, 59 rebounds and 32 assists. Unfortunately for them, this year, the Warriors have a “super 4” – Curry, Thompson, Green and Durant – who produced bigger numbers than their – 180 points, 66 rebounds and 43 assists.

Compounding Cavs problems is not only the Warriors’ bench churning out better numbers than their supporting cast but also their not getting enough contributions from the other members of their line-up – Smith and Thompson.

Kevin Durant has been averaging 35.5 points, 11 rebounds and 7 assists in the series so far. That’s the big difference, the main reason the Warriors are up 2-0.

Had Durant not joined the Warriors, who would have produced the said numbers?